Water corridors: part of an area-based solution for nitrogen reduction

In many countries around the world, water and soil are constantly being polluted by the run-off of harmful substances from industry, agriculture and households, as well as by pollution brought in by rainwater. More and more, we read alarming reports about substances such as PFAS, medicine residues and pesticides, and about the declining numbers of insects and our (meadow) birds. Research has shown that when nitrogen norms are exceeded, the consequences are enormous for the biodiversity in the protected Natura 2000 areas in Europe. A ruling by the Council of State in 2019 in the Netherlands regarding compliance with nitrogen norms was immediately felt in our society and led to the so called ‘nitrogen crisis’. Besides looking for solutions to deal with these problems at their source, there are fortunately ways of tackling existing problems, by using the power of nature!

Water corridor as part of an area-oriented, climate-adaptive solution to a complex problem

An oasis of green with beautiful walking and cycling paths, along pools with rustling reeds, surrounded by flowering plants, bushes and trees. You might not expect it, but such a green, biodiverse zone can be used to reduce the discharge of excess nutrients and environmentally harmful substances from agricultural areas, industry and sewage treatment plants. We refer to such an area as a water corridor. Based on an eco-engineering design, a water corridor is set up in such a way that pollutants, whether or not after temporary buffering in the corridor, are broken down as much as possible. Scientific research has shown that specific trees and plants, fungi and bacteria can play an important role in breaking down pollutants. By applying this natural degradation, a well-designed water corridor can treat polluted water and have a regenerative effect on the soil and water system.

An example of a plant that is good at fixing nutrients such as nitrogen (N) and phosphorus (P) is the bulrush. Interestingly, the more nitrogen available, the more phosphorus this plant can absorb. Scientific research shows that by harvesting bulrush in the autumn, 30 to 50 kg of phosphorus and 350 to 500 kg of nitrogen can be removed per hectare. For this reason, 5,300 hectares of purification swamps with bulrush have already been created in intensive agricultural areas in Sweden with subsidies from the European Rural Development Program (POP subsidies). Also in the Netherlands, various tests are being carried out with different varieties of bulrush. These tests show that the harvested bulrush can for example be used as animal feed and as insulation material.

Willows are used for the absorption of heavy metals, the breakdown of various chlorinated hydrocarbon compounds and also for the absorption of excess nutrients from e.g. fertiliser, animal manure and detergents. The willow can then be harvested as biomass for the production of bio-energy, for example. The beauty of a water corridor is that it also serves as a climate-adaptive measure (water buffer for wet and dry times).

A buffer zone for more than just the nitrogen problem

Recently a report on the nitrogen problem was written on behalf of the Dutch government in which an area-oriented approach is proposed as part of the solution. Water corridors could play an important role in this and serve a greater purpose than just nitrogen reduction. The design of the area and the corridor can be specifically adapted to the local problem, for example to tackle an excessive load of nutrients and crop protection products (in agricultural areas) or medicine residues (after sewage treatment or decentralized water treatment in new residential areas). This treated water can then be used, for example, by drinking water companies to supplement their strategic groundwater supply for drinking water production. The design of a water corridor is therefore tailor-made: what is the pollution situation, which plants and trees do we use, how do we ensure that the water gets where we want it (what, where, how much and when)?

Economy in balance with ecology

Land in the Netherlands is scarce and the function of these areas will be different from the original production function. The construction of water corridors obviously has economic consequences. Bioclear earth is keen to help provinces, drinking water companies, municipalities, water boards, the agricultural sector and other stakeholders to find the best way to deal with this. In the design, we can choose to use crops that are useful in the circular economy as raw materials or for bio energy and if possible, also as animal feed.

The nitrogen crisis is not an isolated phenomenon, but an indicator that makes it clear that we need to find a better balance between economy and ecology. It challenges us to look for other solutions. Working on healthy soil and clean water must be central to this and is in the interest of us all. Water corridors can be an important link in this process. 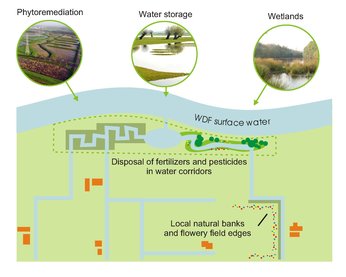 If you want to know more about the added value of water corridors, please contact Maurice Henssen. 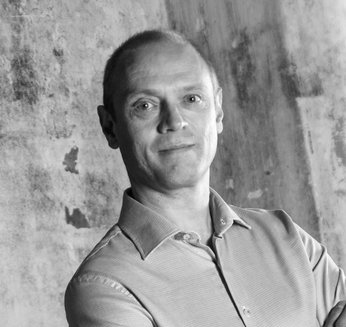