The application of effect-based methods in soil

How do we measure (new) emerging substances that might pose a threat to our environment?

It seems an impossible task to analyze all emerging substances and to derive standards for them. Moreover, even if a standard has been set for a certain substance and the substance remains below this standard, undesirable effects can still arise in combination with other substances.

Measuring from a different perspective: looking at effects instead of concentrations

Effect-based methods can provide an insight into the general condition of the soil. You could compare it to measuring a state of fever in humans. When we think we have a fever, we use a thermometer to measure our body temperature. When the body temperature is above 38 degrees Celsius, it is an indication that something is wrong. However, having a fever does not indicate its cause. Depending on how high the fever is, and which other symptoms (indicators) are present, you may have further medical examination. The same applies to effect-based methods. If a certain effect is measured in the soil, it is an indicator that something is wrong. The cause may be a substance or a mixture of substances present in the soil. Depending on which effects are measured and the magnitude of those effects, you can decide to do further research on the causes of the measured effects.

Different types of effect-based methods are possible. An important distinction is made between monitoring techniques and analysis techniques. Monitoring includes the use of bio-indicators, such as examining the diversity and structure in populations of organisms in the field. The field inventories in the Triad study are an example of this type of research. Analytical techniques include in vitro and in vivo bioassays. These analyses are carried out in the laboratory. 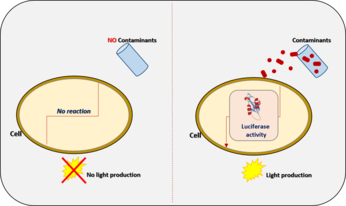 A practical example of the application of effect-based methods

At Bioclear earth, we have experience in using effect-based methods with bioassays in addition to the Triad studies. An example of this is the research on sewer overflow dredging. Overflow dredging is sludge that is removed from ditches and canals near a sewage overflow. This dredging spoil is often polluted because sewage water and sludge flow into the overflow during heavy rainfall. Annually, the disposal of this potentially polluted dredging sludge leads to considerable costs. In cooperation with the Noorderzijlvest water board, Bioclear earth has investigated whether it is safe to reuse this sludge in a sustainable manner. In doing so, we have, among other things, determined the degree of endocrine disruption. The sewage contains oestrogens and xenoestrogens (chemical substances which have the same effect as oestrogens). The degree of endocrine disruption by oestrogens is determined with in vitro bioassays. A bioassay is an analytical method to determine the concentration or potency of a substance based on its effect on living animals or plants, or on living cells or tissues. With in vitro bioassays, we measure specific effects such as endocrine disruption and damage to the genetic material. The research showed that, based on the results of the bioassays, combined with other test results, the overflow dredging was not 'filthier' and therefore comparable to 'clean' dredging. Therefore, the outcome of the investigation is that the water board can sustainably reuse the sewer overflow dredging without any additional risks.

The future of effect-based methods

If you are confronted with new contaminants and would like to know more about effect-based methods, please contact Freek van den Heuvel or Cirsten Zwaagstra. 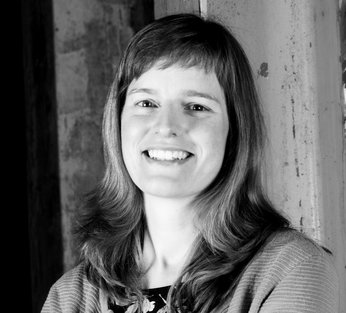