Calls for a faster transition to alternative energy sources have never been stronger than after the Russian invasion of Ukraine. Currently, Europe still imports 90% of its gas, of which about 45% comes from Russia. On 8 March 2022, the European Commission proposed a plan to make Europe independent of Russian fossil fuels well before 2030, starting with natural gas. To completely abandon using gas proves to be a difficult task, as there are many older houses in the Netherlands that are not adequately insulated. To stimulate the production of Green Gas, there is an obligation to use a blend of Green Gas and natural gas for the urban areas from 2025. This is part of a plan by our government to achieve climate targets on CO2, methane and nitrogen reduction. The ambition is to produce at least two billion m3 ('2BCM') of Green gas annually by 2030. This is almost a tenfold increase of the current production. An ambitious goal that, besides greater independence from foreign countries, will also ensure a considerable CO2 reduction.

What is green gas?

Green gas can be made from biogas, among other things. Biogas is a mixture of mainly methane and carbon dioxide and is produced by fermenting residual streams such as manure, organic waste, sewage sludge, agro residues. Green gas is produced by upgrading biogas to natural gas quality, which means increasing the proportion of Methane (CH4) to approximately 90%. The (short-cycle) CO2 released in the process can be stored, or used as a resource. Thanks to the use of this reprocessing step in existing biodigesters, Green Gas production in Europe can already be boosted 5-fold. This is certainly a good start, but more is needed to reach the production targets.

What are the challenges for green gas production?

Gas consumption In the Netherlands is 40 BCM on an annual basis. Currently, 0.5% of this is Green Gas (0.2BCM). The goal is to bring the Green gas share to 2BCM and, by also using green electricity, to lower our natural gas consumption to 10 BCM. This would already result in using 20% renewable energy.

A challenge is to find sufficient supply of residual flows suitable for Green Gas production. Continuity of supply is important for optimal production processes. The focus is now mainly on fermentation of manure and agriculture residues.There are also technological challenges to keep the fermentation process as stable as possible while increasing gas production and avoiding possible odour nuisance.

In light of the goals around sustainability and self-sufficiency, the logical steps for the next 10 years are: 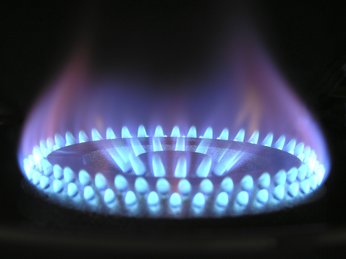 The role of Bioclear earth

Bioclear earth is an expert on the biological processes in biodigestion and deploys this knowledge with the aim of contributing as much as possible to the energy transition. We do this by developing new technologies and advising entrepreneurs in the Green gas sector. Bioclear earth is involved in all the steps in which microbiology plays a role. These are steps 2, 3 and 4.

We provide our clients with insight into the biological processes taking place in the digester and advice on how to adjust and optimise them (step3). Bioclear earth can also advise suppliers of residual flows on the fermentability and usability of their product for the production of Green Gas (step2).

Finally, Bioclear earth is developing new technologies to produce more Green gas. First, we are developing specialised mixtures of bacteria. By adding these bacteria to the digester (´bioaugmentation´), the decomposition of biomass proceeds faster and more complete, thereby increasing the yield. Secondly, we are developing technology to produce methane from hydrogen and CO2 using primordial bacteria. This is important for the future because of the relatively limited availability of green waste flows. By using the CO2 from biogas for this purpose, 55% to 70% more Green gas can be produced from a specific amount of biomass. In addition, this ´synthetic´ gas has a CO2 footprint approximately 2-5 times lower than that of Green gas from biomass. This process requires Green hydrogen that can be produced locally from solar and wind and can help relieve pressure on the electricity grid. Bioclear earth has created well-performing lab-scale reactors that we are using to further develop and optimise this Power to Methane process (project Power to Methane).

Are you interested in Green gas production and want more information? 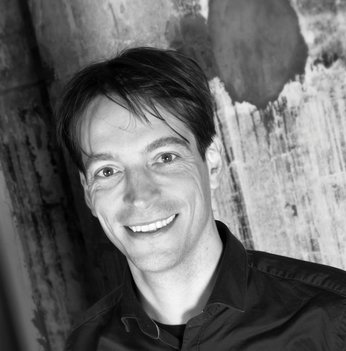