At the moment there are approximately 4200 gas stations in the Netherlands. Since 1991 environmental requirements for gas stations have become much stricter. Storage tanks below and above the ground must comply with different requirements and be provided with cathodic protection against corrosion. Floors and sewage system have to be fluid resistant. On the plot of the gas station groundwater monitoring wells have to be placed, which allow sample taking each year to measure if any contamination is taking place.

In former days this was done very differently, which led to many locations becoming heavily contaminated. Luckily within the framework of the Subat regulation, with money from the oil industry, many of these locations were remediated. Unfortunately this was not the case for the contaminated location situated in the province of Drenthe. The location is polluted with benzene, toluene, ethyl benzene and xylene (BTEX). The maximum concentration BTEX measured in the groundwater is 98 0000 micrograms per litre and is found to a depth of 10 metres below ground level. The nearby-situated houses run the potential risk for exceeding the indoor air quality standards for BTEX.

Fortunately we can remediate these contaminations with the power of nature.The decision was made to excavate the upper layers of the soil up to 3 metres and remove the LNAPL (pure and unsolvable contamination) from the upper layer of the groundwater. Afterwards an air extraction and biosparging system, designed by Bioclear earth, was installed. Through the biosparging system air is injected into the groundwater and trough separate filters periodically nutrients (nitrogen and phosphorus) are injected into the groundwater as well. This ensures that the bacteria, already present in the groundwater, are stimulated. For these bacteria BTEX is not hazardous, on the contrary they use BTEX as a food resource. The added oxygen enhances the degradation of the BTEX contamination. The air extraction system reduces the BTEX concentration in the upper layer of the soil above groundwater level.


Biosparging cleans up BTEX contamination even faster than expected

The system was installed in February 2017. Expectations were that the contamination would be at the desired level in about two years. During this period Bioclear earth monitored the groundwater quality by measuring the levels of oxygen and by taking samples for BTEX analysis. Measurements taken in September 2017 show that the concentration of BTEX has already dropped to the required levels (1.500 µg/l BTEX). Furthermore, as results of indoor air quality show, the risks for the nearby-situated houses no longer exist, thanks to air extraction of the underground crawl spaces. It was decided to let the system work until February 2018 and reduce the BTEX to even lower concentrations. At this moment the system has been turned off and monthly monitoring is performed to establish if concentrations stay on a level (far) below the required levels. The first monitoring after shutdown showed a further decrease in concentration. In short, it is a strong example of what we can achieve with the power of nature, well within the deadline of two years. 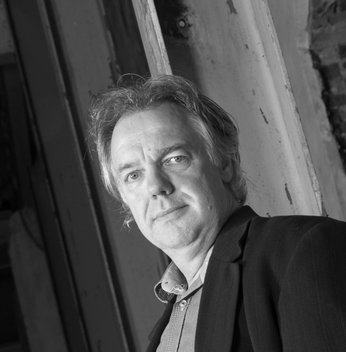